Status
Not open for further replies.

I'm embarking on a ruthless clear out - if it's not played weekly then it's not sticking around.

Here we have the prototype for the Omega Klassico ukuleles. Only 20 made of each size, only 1 prototype made and this is that prototype! I bought it from Matt at Omega (now at World of Ukes) when they were released.

I used to play concerts loads and now I don't. I've come close to selling this one a number of times over the years but have always decided against it because of its incredible sound - serious volume with very little effort and fantastic note clarity. That cedar top is a powerhouse. I have sold tenors in the £300 - £500 range for not matching up to the tone and responsiveness of this uke.

It's a prototype and it has been well played so if you're looking for cosmetic perfection then look elsewhere! It has some strum wear (see pic). It also has a ding or two in the edge of the top (see pic). There is one place where the laminate has a bubble (see pic) but that's been like it since day one and is stable. Currently strung lefty but the side markers on the neck are for righties. 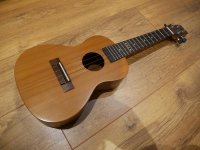 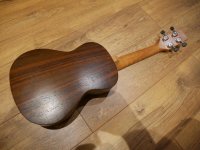 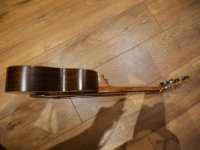 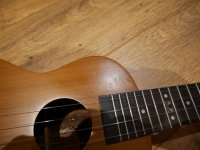 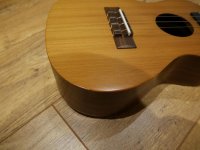 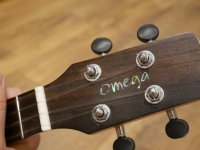 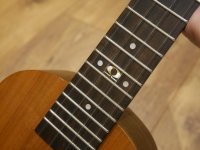 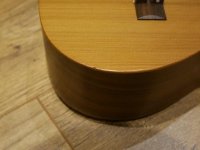 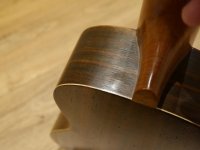 Bump again. This will be headed to eBay at some point if it doesn't sell here so throw in an offer and save me the hassle!

Sold after all of 6 hours on eBay!

Status
Not open for further replies.