How to transition from GCEA tuning to a baritone uke

I need some advice on the best way to learn how to play a baritone with DGBE tuning.

I played various-sized ukes with GCEA tuning, including a baritone uke I switched to GCEA tuning. However, I just bought a big baritone and I want to know the best way to transition into playing the DGBE tuning. Here are my goals:
Here's what I know now:
Here's what I don't know:
One approach...
I know from learning other skills that the way that seems apparent when you're a beginner can often be the slowest way to learn. I am wondering if the fastest path is to ignore step 2 and focus on step 1.

I'm sure more than a few of you have walked this path already.

As Bill1 said, you don’t need to learn a lot of music theory to achieve your basic goals. If you scroll through the webpage linked below, you will find a Baritone Chord Chart, as well as a chart showing where the individual notes are located on a Baritone Fretboard. With these two charts you can learn to play your DGBE Baritone uke pretty much the same way you taught yourself how to play chords and melody notes on your GCEA ukes. Personally, I would go with your #2 approach (“...learn how to play the songs I know now on baritone tuning ... just learn how to play songs with DGBE tuning”). With this approach, you can take advantage of everything you have already internalized about the songs (i.e, their rhythm, tempo, strumming, roadmap, etc). That way, you will only need to focus on learning the new Baritone chord shapes.

If you are interested in learning music theory at some point (it can be useful), I recommend you wait until after you are comfortable with the basics of playing your Baritone - so as not to overload the learning experience. Good luck, and don’t forget to enjoy the process. You are taking your ukulele journey in a new direction. How exciting! 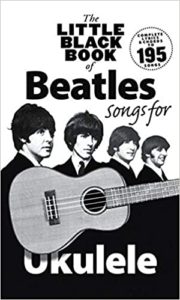 A baritone ukulele is the big daddy of the uke world. We help you understand, tuning, chord shapes, and fretboard layout, to decide if it’s for you.
ukulelemad.com
K

The only difference is that you'll be in a different key.

Try not to get too hung up on it, just print out a circle of fifths chart and tape it on the wall where you practice.

Then just play as you normally would.

Wait, why does this song sound so weird?

Thats as good a place to start as any.

I play both baritone and tenor tunings, and I can now switch from one to the other easily.

When I started, my goal was to memorize the new names on the baritone for the chord shapes I played on tenor. For example, the C chord on a tenor is a G on baritone, the F chord on tenor is a C on baritone, etc. What I did at first was write on my sheet music the tenor chord shape next to the actual chord. So if there was a G chord indicated on a song's chord sheet, I'd write the letter C next to it in a different color, which would remind me to play the C shape on a baritone to play a G chord. If there was a C on the song's chord sheet, I'd write the letter F next to it in a different color to remind me to play the F shape to play a C chord on baritone, and so on. As a quick reminder when I didn't have a cheat sheet, I'd just remember to count up four to get the tenor chord shape of a chord on baritone; i.e., to play a C on baritone, I'd count up four from and including C -- C, D, E, F -- and play an F shape on the baritone.

Here is another way, though probably not what you are after...

I keep my GreyCatsEatAlways and my DrugsGetBoringEventually ukuleles on my couch together. Then, when I'm starting to learn a new song, I start with the GCEA tenor... then, if it's pitched too high for my voice, I pick up the baritone and play the same chords... This automatically transposes the song and I don't even need to pay attention to bari chord chart at all... no math required... Easy!

bbkobabe said:
Here is another way, though probably not what you are after...

I keep my GreyCatsEatAlways and my DrugsGetBoringEventually ukuleles on my couch together. Then, when I'm starting to learn a new song, I start with the GCEA tenor... then, if it's pitched too high for my voice, I pick up the baritone and play the same chords... This automatically transposes the song and I don't even need to pay attention to bari chord chart at all... no math required... Easy!
Click to expand...

It depends. I had a Bari that didn’t sound that great in G, with a nasty wolf tone on the low D, so I tuned it up to A, which it LOVED and didn’t think about it much unless I needed a song to be in a certain key. Now I have it in Low G to play Renaissance Guitar pieces.

If you want to play in the same key, a good approach is to sketch the baritone chord diagrams. This gives you a visual and also reinforces the knowledge by giving you multiple ways to look at it.

If you want the notes on the fretboard, the Fretboard Roadmaps series is good.

Regardless of tuning, you should learn about key signatures, intervals between the notes (is it whole step or a half step distance), and what notes create which chords. Eventually, you'll start to memorize the fretboard.