I know Randy likes songs about outer space, so here's one by The Byrds.

Congratulations everyone.Some Herculean efforts (if you are up to H you can write one about Hercules).
Our HOST I liken more to Atlas - holding up a whole world of songs ..What a guy! :cheers:

I found a Number Two song. I hope it doesn't stink.

About a year ago I posted this one on the Island. That time I did the long version, which has six stanzas. Randy left a comment on it that it sounded like it would be a good song for some harmony vocals. This is the short, three-stanza version as recorded by Johnny Cash, with some harmony vocals. This is a very old song from the Civil War era, but this one is not from the Burl Ives Songbook.

I first heard this song, or part of it anyway, sung on an old Disney TV series called So Weird back in the 90s. It was sung by Mackenzie Phillips, who played a character on that show.

YorkSteve said:
there could be a beer shortage
Click to expand...

and also for "oh no i broke a string!"

(i can't think why, it's not like i'm playing this thing much :uhoh

This is madness. This is heresy. 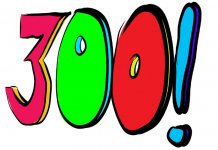 Harry122 said:
This is madness. This is heresy.

this is a world record!


p is for "please send me a spare string"

E. Got to get a move on, folks

Tune and chorus by Fred Kirkpatrick, words by Pete Seeger, who I have been in the mood for lately...

q is for "queen bee" 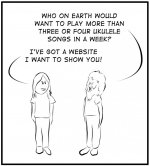 Randy, please get some sleep. Take your vitimins and eat right. This is no small task and there is such a thing as the Hostitis and the best way to fight it is fresh air

Over 300 vids - we are in uncharted territory!
The seasonistas have sure turned up at your party Randy. And two full days still to go. Wow!
Last edited: Jun 30, 2018

Had a wedding today (a really cool albeit hot one) so I have been absent...which is a bummer because for the first time in my life I have inspired a rule change instead of just breaking them
Anyway- B
Bird On A Wire- Leonard Cohen