I am going to regret this but I am determined to slim down my uke collection so I'm selling my incredibly beautiful and rare Kiwaya KMT-K master grade koa tenor.

Kiwaya rarely make tenors and even more rarely in their Master Series.

The instrument is build in the style of a Martin 5k from the 30s - except that Martin didn't build tenors back then. Martin themselves tried to remedy that by building a "5k" tenor a few years ago - but, in my opinion, Kiwaya has far outdone Martin with this instrument.

As you can see in the pictures the top, back and sides is in the most exquisite koa imaginable.

It has 19 fret with 14 to the body, 36mm nut, rosewood fingerboard, bone nut and saddle, koa bridge and faceplate and Gotoh Deluxe Friction Pegs.

It is currently strung with Freemont Blackline strings - except for the G string which is a low G Worth Brown. I have not altered the nut in any way so it can easily be restrung to high G.

You can read more about the model here - and listen to a sound sample: 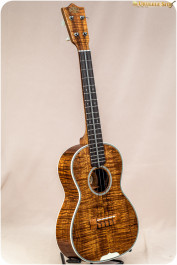 This top of the line Tenor from Kiwaya has a wonderful light weight and resonant balanced tone. Plus, the koa wood on this one is amazing!

The instrument is in perfect condition - except for one almost invisible small ding on the right side. 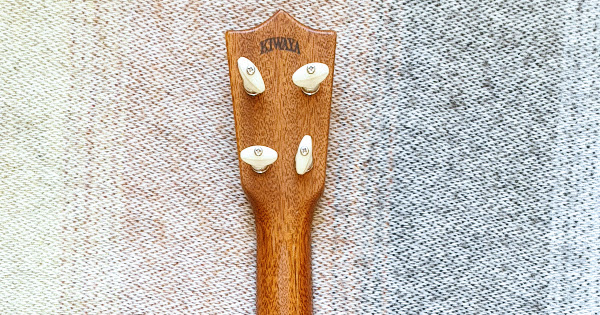 Grest deal on a beautiful instrument!

Beautiful instrument, but isn't this closer to a 3K Martin? Doesn't a 5K Martin have abalone purfling on the front and back and fretboard inlays?
W

counsel1 said:
Beautiful instrument, but isn't this closer to a 3K Martin? Doesn't a 5K Martin have abalone purfling on the front and back and fretboard inlays?
Click to expand...

For sure a Martin 3K copy. Great looking, and I am sure, sounding instrument!
J

richntacoma said:
For sure a Martin 3K copy. Great looking, and I am sure, sounding instrument!
Click to expand...