Hello All. Haven't posted in a while.

My prototype steam bender worked well enough but it was apparent pretty quickly it wasn't going to hold up to many uses.

Covid and riots and an election happened, and I decided to give it another go, resulting in this:

Finding a source for a heavy enough gauge Stainless Steel cut to my specifications played a big role in giving this another try.
Bending on a hot pipe has worked well enough, but at times for me is frustrating and time consuming. A reliable, quick, and repeatable method became more and more appealing.

The new stainless version worked really well, and the first sides out of it became my latest tenor ukulele. (Oregon Myrtle)

Just this month I built a new one, that will accommodate from Baritone ukulele up to guitar sizes. This one has a couple enhancements from the last.

These pics show some construction details and the inside.

Before I make a couple of observations would you care to explain how it works?

I'm guessing this doesn't need a lot of explaining , but the whole process goes pretty quickly (once water boils), like 10-15 minutes. Works pretty much as a Fox Bender but more with steam rather than heat. When the piece is fully pushed down in the waist and clamped the burner is shut off and the hose removed. The lights/heat remain on and it seems like 30 minutes is about right. Then the lights are shut off and the whole thing is allowed to cool. When cool the piece is removed, with very little springback.

If I were to criticize, I'd say the downsides are some water staining, and some curling at the edges, but both of these things are pretty minor, and are later trimmed and sanded away. All in all, the sides coming off of this are generally at least as good if not better than anything I've done on the pipe.

Cornerstone said:
Before I make a couple of observations would you care to explain how it works?
Click to expand...

See last post, but basically it works just as a Fox Bender. As the side piece begins to steam and heat up and go limp, the ends are pushed down and the end blocks are drawn closer to the bender. The waist is pushed down more slowly, while the end blocks are drawn closer and closer, until the whole piece sits tightly on top of the bending form with all the blocks clamped tightly. The steam is shut off and the heat is allowed to remain on driving off the remaining steam and moisture and "setting" the shape. Then the heat is shut off and everything allowed to cool.
C

The reason steam is used to bend thick pieces of wood is because the wood dries out and becomes brittle before it gets hot all the way through so it can be bent. From experience certain woods don’t need any moisture if oily enough and bent fairly fast. Other woods, especially figured stuff takes longer to bend therefore needs to be wet so it doesn’t dry out and break. While I do applaud your ingenuity I would advise to reconsider when bending figured sides unsupported. But that’s just me. Hopefully this will work well for you.
G

I can see photos on all threads but this one. Instead of photos, all I see are several lines of letters and numbers. I'm using a PC with Windows 8.1 and Chrome browser. From the responses it would seem we don't all have this problem.
M

No photos at all, just "No Entry" symbols. Windows 10, Chrome.

Lot of gibberish, who really needs all those letters to link to a file?
L

No photos. Windows 10 and Firefox
Miguel

I thought maybe this issue wouldn't happen with the new Forum upgrade. (Was it an upgrade?) I guess it doesn't like to link to Google Photos or something? I think it's weird because this happens nowhere else but this forum.

I take a lot of pictures of a variety things and I use Google Photos to manage it all. It is a big timesaver versus downloading everything to my own PC and uploading again to other sites. Some sites (Facebook, Twitter) it's as simple as copy and pasting a photo right into a posting.
Last edited: Sep 24, 2021

Here are all the missing photos, plus a few more. Check them out before they disappear! 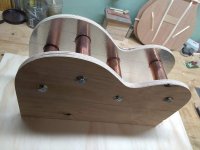 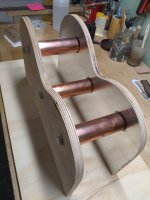 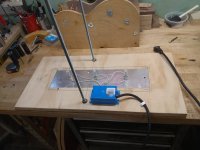 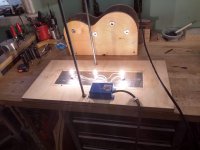 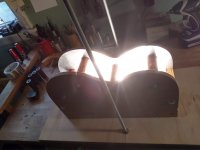 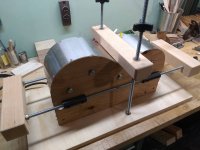 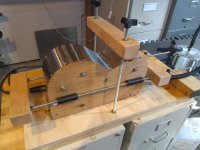 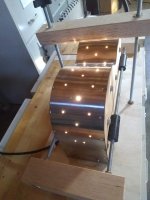 I made my first bender forms out of 18mm birch plywood..but after a few dozen operations with the heat and steam they soon began to deteriorate, so I re-made them from 10 mm aluminium plate it machines quite well on the bandsaw...but if you don't intend making that many then the plywood should be fine. 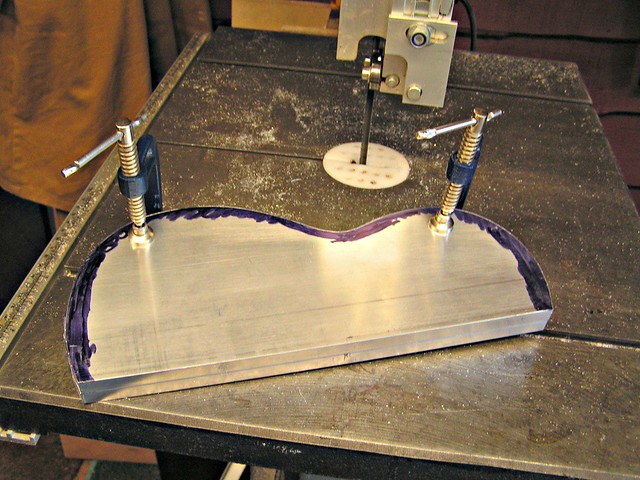