I did some searching, and while I saw some posts that are applicable, I know that advances in carbon fiber/new products might warrant a new chat. I am looking for a soprano that I can play outside in in the mist/drizzle. One of my favorite things to do in life is to play by the lovely sound early in the morning and at night. I am very open to price and might actually get something super cheap and then something nice (read, expensive). So, all suggestions are appreciated!

Playability is important to me, and I have heard Waterman really have bad action. How bad? Might one be good for a bit harder rain? How are the Outdoor ukes for action? Are any of the really good carbon fiber ukes good for drizzle/really water resistant, and do any come on soprano?

The Outdoor ukes have a decent action, as do the Enya carbon-infused polycarbonate ukuleles. I have the Enya Tenor Pro, and I'm really enjoying it. If the soprano came with the lovely metal frets, it'd be a perfect. I had an Outdoor, and while they're very tough, it seems they're not indestructible. Both the Outdoor and Enya polycarbonate (Enya says carbon fiber, but it's not technically correct) handle even heavy rain or immersion without a problem. Getting the inside dry might take a while, though. Both are reasonably priced.

Hey Rich, the Waterman is pretty much a toy. I do have an Outdoor soprano that I use for the same purposes you describe. I think they are pretty decent for the price.
Brad

UkelBldr51 said:
Hey Rich, the Waterman is pretty much a toy. I do have an Outdoor soprano that I use for the same purposes you describe. I think they are pretty decent for the price.
Brad
Click to expand...

That's the best endorsement you could ask for coming from Bradford! I have an Outdoor tenor that's been drug all around the world strapped to the outside of my backpack. It's still in one piece.
OP
OP

Brad Bordessa said:
That's the best endorsement you could ask for coming from Bradford! I have an Outdoor tenor that's been drug all around the world strapped to the outside of my backpack. It's still in one piece.
Click to expand...

Yes, he may know a few things about ukuleles. At least the one in my hands now, My Donaldson Martin 0 that I so love.

Thanks Brad squared. I decided to get the Soprano Gold Carbon
M

Besides the Outdoor Uke, the Magic Fluke or Flea with poly carbon fretboard would fit the bill. Also, in concert size the EKoa Clara by Blackbird would be at the top end! Then there is the Enya Nova which is a poly carbonate ukulele with good action, according to the review. I’m sure there are other options so depends on your price range.
OP
OP

M3Ukulele said:
Besides the Outdoor Uke, the Magic Fluke or Flea with poly carbon fretboard would fit the bill. Also, in concert size the EKoa Clara by Blackbird would be at the top end! Then there is the Enya Nova which is a poly carbonate ukulele with good action, according to the review. I’m sure there are other options so depends on your price range.
Click to expand...

If Blackbird made a soprano, I would probably have gotten it, as I spend a lot of time outdoors and traveling. Not into concerts--just hate going back and forth.

If You like Martins , why not try an OXK ? The one I have plays and sounds great and seems indestructible .

sounds like soprano is what you are looking for. watermans (watermen?) in that size seem to be particularly bad based on reports here. like others have mentioned seems like the outdoor would be ideal, just need to watch out for the metal tuners (very high quality imo, best of the bunch and rebuildable). action is good on the 2 I have/had and in reviews. I only had a nova briefly and didn't like it that much. fleas and flights are mentioned, both still have some wood albeit laminate. I also found the flea non-wood fretboard harder to see in lower light (flight has painted frets, also is heavy). I had an enya HPL with richlite, and is was quiet, not sure if the martins also have that issue. no experience with carbon ukes.
Last edited: Sep 27, 2021

I really like my Flight TUS55 Mango. Very easy action with a full-bodied tone. I'll probably get the TUS55 Amara for another tuning.

I probably play the soprano OU more than my tenor; it's a really nice little instrument.

Several in my uke group have recently shown up with Nova U's. I played one briefly and was impressed. It definitely seemed louder than the OU but hard to tell for sure without them side by side.

The neck profiles are very different and one may appeal to you more than the other.

Both seem to have pretty high quality control, based on comments posted online, although there are a few isolated reports of quality issues with both as well. The initial OU I received had a significant flaw, and OU provided a replacement promptly.

I've read that the saddle on the Nova can be adjusted/replaced but no adjustments can be made on the OU other than permanently sanding the saddle or nut or whatever.

I once got to play a Flight TUS and from what I recall (again no side by side) it sounded the best of the three. One online reviewer that I came across liked it better than the Magic Fluke which costs significantly more.

I like the idea of supporting USA based businesses, but I don't think the OU is worth the price difference.
OP
OP

I ordered the Outdoor Carbon Gold in Soprano, and should have that within a week. I will report back what I think of it. I saw that flight as well, and might pick one up as well as some point. While the Nova gets good reviews and seems like a good deal for the money, I can't get past the looks. It just seems so tacky to me, and while sound, playability and water resistance are the most important criteria for my outdoor playing ukes, that one is just too ugly for me, lol.

Side note, for those who question the whole idea of playing regardless of weather, my GF and I have leaned into concept of Friluftsliv, which means getting outside and enjoying the nature no matter the weather. Here is a great BBC a article on this Nordic way of life. We are not Nordic, but Jewish (me) and Korean (her), but we enjoy our Friluftsliv by the water. The Puget Sounds is only a 5 minute drive from my house, so I often play twice a day. 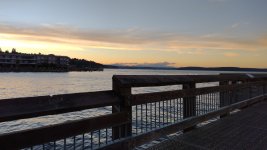 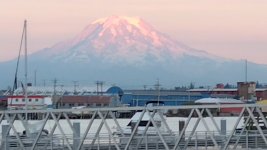 badhabits said:
l, just need to watch out for the metal tuners (very high quality imo, best of the bunch and rebuildable).
Click to expand...

I plan on keeping a sandwich bag over the tuners when it is raining/misty--seems like an easy enough solution that would prolong the longevity, and easy enough to do after a tune.
T

Sounds like the OU will be a really good fit for you!

I like the Friluftsliv, even though I can't pronounce it ...... or much less, spell it!
OP
OP

tm3 said:
I like the idea of supporting USA based businesses, but I don't think the OU is worth the price difference.
Click to expand...

Actually an important value of mine. not just USA business (although I prefer that), but I prefer to support smaller shops, one woman/man shops, and in general, would prefer to stay away from larger factory makers. Not judging others, just my preference. It is how I also prefer to shop for clothes, food and general products for around the house--although I am not rigid about it--I just try when I can.

I think you made a good choice with the OU. I'm not into the mini-Les Paul look of the nova either (or the gold bits and strap button that would never be used). Flights also have a strap button (no thanks) and overall feels cheaper (rightly so).
OP
OP

Curious what people think of the Synergy Carbon Fiber Soprano Uke. A great deal more at $600CAD. I wonder if it is worth the difference? Open to a higher end one as well as the Outdoor, if there is a huge difference in quality.

Strummin' in the Rain

On your cheap-now and great-later, have you looked at the Antica Ukuleleria Sacco for the worth-the-wait one to pair with the Outdoor? The looks are love-it-or-hate-it, but it should be a great play-in-the-typical-PNW-rainer, and fall back to the Outdoor if you want to play in a real deluge. 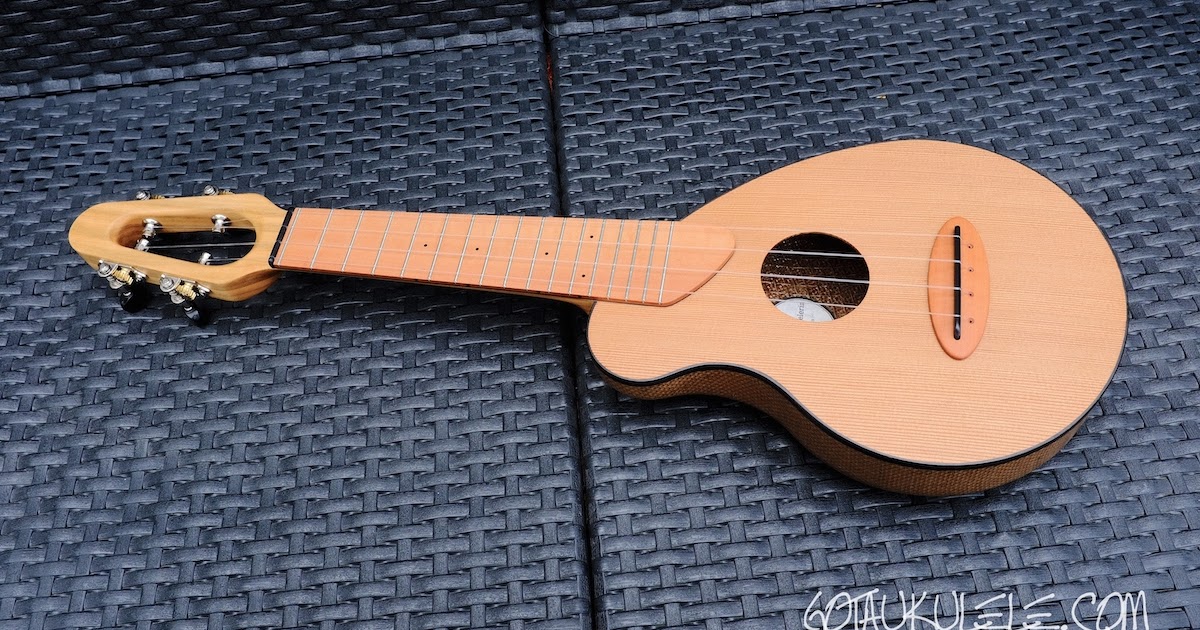 Someone already recommended a Martin HPL. I don't think they're producing the soprano anymore, but there still seems to be quite a few floating around, even new. I have one and was very pleasantly surprised by it's sound. I have not played a Blackbird, but I have tried a few other non-wood ukes, and the Martin was the best of them. There are some wood components, though.

I know it's not popular to defend Watermans on here, but for what it's worth, I'm fine with one I found. However, I did play 3 or 4 concerts and was about to pass when I found one that I thought sounded better than the lot. I had also tried several sopranos, but those were worse. That's my "okay to get wet/dirty" uke. I mean, the only reason I tried so many Watermans was because I was trying to get rid of some store credit in a store that didn't really have ukes. That's probably not super helpful, but just in case someone's still considering the Watermans, I think it's possible to get one that works as an all weather, beach, sand, water, etc. uke on the cheap. But I probably wouldn't go through the hassle of getting another one if it was ruined.

Speaking of all weather, I really like the stuff about friluftsliv.

This summer I needed an ukulele for leaving in a car.
I got a rebranded Enya nova. Positively surprised by the sound. Very narrow string spacing.
If they had been available for shipping to Denmark with shory enough notice, I might have gotten the Enya HPL model.
It comes with radiused fretboard at around $100, and while perhaps not being as durable as plastic, it is cheap to replace if it soaks up too much water and breaks.
You must log in or register to reply here.
Share:
Facebook Twitter Reddit Pinterest Tumblr WhatsApp Email Share Link
Community platform by XenForo® © 2010-2022 XenForo Ltd.