Is there anyone out there adept at identifying North American woods? Years ago, we remodeled one of our rooms which had inverted wood light boxes all along both sides of the room. I pulled all the nails and stacked all the wood on top of a set of cabinets in the garage, where they have laid for the past 15 years or so. Recently, I've begun using the wood for some projects, and discovered after stripping the old paint layers that a lot of it is Yellow Poplar, Liriodendron tulipifera. Today I pulled out some more pieces to plane them for a concert uke neck, and found under the old paint a completely different wood, one with a decidedly pink to reddish brown cast. It's about the same density and hardness as the Poplar. The two are shown compared in the bottom of my image. The top of my image shows a larger piece of the mystery wood laying on a piece of Mahogany.

I don't have a lens strong enough to examine the pore structure, but judging by the rays I see, and using Hoadley's Identifying Wood as a guide, I think it may be Red Alder, Alnus rubra. I do find it puzzling that a west coast wood might be found in a house close to the US eastern seaboard. Can anyone confirm my ID, or is there another possibility I may be missing? 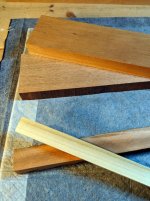 tonyturley said:
Can anyone confirm my ID, or is there another possibility I may be missing?
Click to expand...

My conclusion: I have no idea. See below for wood identification from the Wood Database. It's a crap-shoot.

Very hard to say. From the pictures I would guess a cherry or even mulberry? But it is hard to see the grain in detail.
T

I lost my jeweler's loupe, or I'd be able get a better look at the growth ring structure. I ordered a new one this morning, so we'll see how that goes. I agree that wood ID is a challenge unless it's a species that's obvious, like Yellow Poplar or Red Oak.

More from the Wood Database regarding identification:

The problem is mostly with our expectations: we want to know exactly what kind of wood that we have. We expect just by examining it, that there is some indescribable way of deciphering down to the species level what type of wood is set before us. Sure, we might be able to narrow a sample down to maple, and tell that it is from the Acer genus, but that’s not enough: we want to come up with something like Acer pseudoplatanus. In the majority of cases, that level of precision is just not possible.

But further compounding the problem is that some of the most useful information is contained in a clear and magnified view of the endgrain. Simply viewing the facegrain of a wood sample with the naked eye puts an even greater limitation on our ability to identify it accurately.

One of the worst things that we can do is arrogantly convince ourselves that we can indeed tell one species apart from another when, given the available data, we simply cannot. If we just go by intuition and take an unsubstantiated guess, we’ll quite likely guess wrong...

A difficulty for us amateur wood detectives (in addition to the absence of unique identifiers already lacking in the wood itself), is that we usually have little to no information about the origin of the wood. The wood just showed up from somewhere: it was pulled from someone’s dusty garage shelf, or it was taken from an obscure pallet or crate, or it was discovered second-hand at a garage sale. While certain woods are certainly much more common than others, this lack of a reliable source leaves the door wide open to the big, broad, vast expanse of this tree-covered globe. Our number of choices—even among commercially viable timber-producing trees—is staggering, to say the least. We are essentially being asked to fill in the blank. Even a printed volume that encompasses several hundred commercial (and many non-commercial) wood samples would be insufficient to address each and every possible wood species that is and has been in use.
T

It appears Red Cliff was right. What appeared to me to be Red Alder seems to actually be Black Cherry. I ordered a new 40X jeweler's loupe, which arrived today, and I set about examining the structure of my mystery wood. The micrographs and descriptions in Hoadley's book are pretty thorough, and under magnification I was able to see features I could not see even with a hand lens. I'm pretty confident my ID is correct. My wife picked up the neck blank and remarked how heavy it felt. Should be OK once all of the part that isn't neck is trimmed away.

Question is, how did a short length of Black Cherry get mixed into a pile of paint grade trim wood over 30 years ago? I still have a few pieces of that old wood to strip and plane, and so far, they've all been Poplar save for this one board. Curious.

Endgrain:Semi-ring-porous to diffuse-porous; small to medium pores in no specific arrangement, numerous; solitary and radial multiples of 2-3; mineral/gum deposits occasionally present, though not easily visible with lens; growth rings usually distinct due to a concentration of earlywood pores; medium to wide rays visible without lens; parenchyma absent. 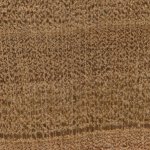 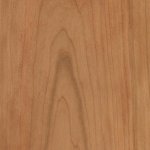 It looks a lot like hickory to me.
R

I never had any doubt it was cherry
T

LOL Cliff. Good eye. Definitely not Hickory, Jim. I have some of that laying about, and it's quite different.
T

Back with another wood ID Q. I've used Indian Rosewood on a couple of my projects, and what I have (which is mostly scraps now), is a deep reddish brown with plenty of color striations. I also just purchased a set of E.I. Rosewood which is more of a chocolate brown with similar grain patterns. There's the fretboard blank shown in the image, another shade of brown. But what wood is the bridge that's sitting on the fretboard? It came with a set of plans I purchased a couple of years ago. I thought it was Rosewood also, but now I'm not so sure. Any thoughts from the crowd? 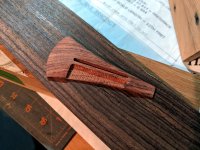 Looks like a Hana lima 'Ia bubinga baritone uke bridge to me...

Thanks guys. It is a Hana Lima Kasha bridge, and I had been wondering if it was Bubinga after doing some more searching, but seeing as I've never worked with that wood, just wasn't sure.
N

tonyturley said:
Question is, how did a short length of Black Cherry get mixed into a pile of paint grade trim wood over 30 years ago?
Click to expand...

I can tell you exactly how this happened. Someone was at the hardware store buying the trim wood and grabbed the last piece and realized they still needed another short length. The cherry was probably right next to it, same size and shape, and they figured "what the hell, I'm just going to paint over it anyway. I'll pay a few extra dollars for this so I can get this job done right now and not have to go to a different store or wait for an order to come in."

Source: I have done this.
T

necessaryrooster said:
I can tell you exactly how this happened. Someone was at the hardware store buying the trim wood and grabbed the last piece and realized they still needed another short length. The cherry was probably right next to it, same size and shape, and they figured "what the hell, I'm just going to paint over it anyway. I'll pay a few extra dollars for this so I can get this job done right now and not have to go to a different store or wait for an order to come in."